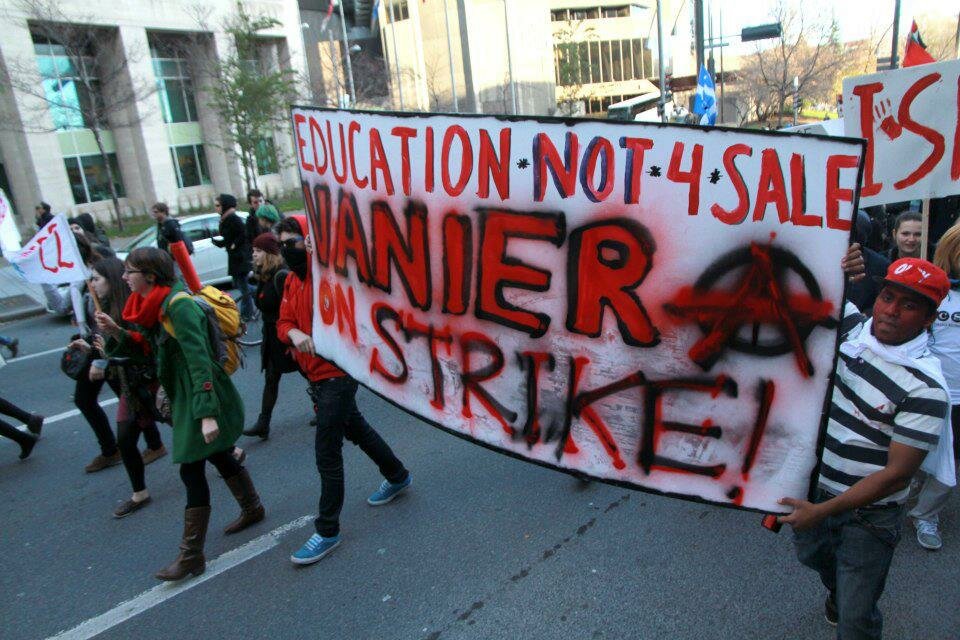 Partly as a result of the widespread rejection of the former Liberal government’s plans to increase tuition, as well as the general failure of its policies regarding governance and funding, the newly elected Parti Quebecois government is making good on its promise to hols a summit on higher education.  This summit will take place in February 2013, and leading up to that will be several other initiatives designed to solicit and refine public input from various stakeholders, particularly institutional actors, student groups, unions, and the private sector.  What follows below is translated from the web site for the ministry of Higher Education, Research, Science, and Technology, which will be taking the lead in reforming higher education.  Translation is FEM’s.

The premier of Quebec, Pauline Marois, along with the Minister of Higher Education, Research, Science, and Technology, Pierre Duchesne, and the member from Laval-des-Rapides and parliamentary adjunct to the premier for youth issues, Léo Bureau-Blouin, announced today the launch of the participatory process that will lead up to the Summit on Higher Education, which will take place in Montreal in mid-February.

In preparation for the Summit, four themes will be explored, namely:

The government of Quebec is proposing an open and inclusive approach, focussed on active participation of actors from both the higher education milieu and the general public. This approach will take several forms:

Themed meetings for contributions from stakeholders

Starting at the end of November, four working meetings, each focused on one of the Summit themes, will be organized in various university cities of Quebec.

Forty stakeholders will take an active role in the discussion. Among them, there will be representatives of institutions, student associations, unions, and business organizations.

See the presentation for stakeholders made on the launch day of the process toward the Summit.

In order to allow the expression of all opinions as well as the sharing of knowlege, a Facebook page  has been online since 12 October 2012.

Also, there will be formal sites of exchange and deliberation, four meetings in the form of public discussions will be organized by the Institut du Nouveau Monde.

See the information document on the participatory process of the Summit.

The first themed meeting will take place in Quebec City on 29 and 30 November.  It will focus on the quality of higher education.

See the  thematic document for this meeting.