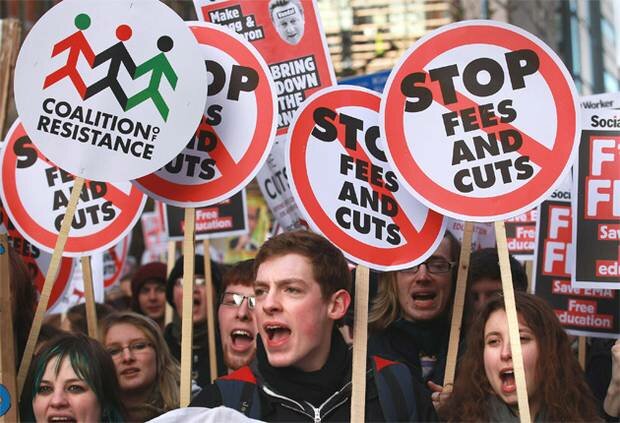 A combination of increasing fees, reluctant banks, and changes in immigration have combined to create the ‘perfect storm’ in postgraduate study, a new report has found.

The independent report, published today by the Higher Education Commission, highlights some of the key issues that may ‘inflict significant damage on the health of the postgraduate sector’.

According to the report, postgraduates are the key to Britain’s continued success in an increasingly competitive, globalised world, and thus far, that sector has been largely ignored by policymakers: out of nearly 80 pages of the Higher Education white paper, only nine paragraphs were dedicated to postgraduate study.

Rising tuition fees have taken their toll on Higher Education, but especially the postgraduate sector, as there are no state-backed student loans like there are for undergraduates. Students who have already accrued debt through the new fees regime are reportedly reluctant to add to their student debt, which is a cause of concern for employers, universities, and the students themselves.

In addition, the reluctance of the banks to lend money, and an inability to assess good risks and bad risks – due to most students having no track record of paying debts – has also worsened the situation. The National Union for Students, giving evidence to the Inquiry, cynically stated that: “the credit flow from banks will be meagre until somebody finds a way to extract profit from funding postgraduate study”.

What’s more, the increase in international students, although beneficial for the UK in general, has led to concerns that this increase is masking a stagnation in the qualification and skill level of the home-domiciled population. The report states that Britain is the “education outsourcing capital of the world” – and notes that a bigger emphasis is needed on up-skilling of the UK population.

Sir Peter Lampl, chairman of the Sutton Trust, said: “We must make the most of all our talents, and that is no less important in postgraduate studies which are now dominated by overseas students.

“It is vital that our brightest graduates are not priced out of postgraduate study. This is why the Sutton Trust has commissioned a new study on social mobility, which includes looking at access to postgraduate courses”

International students are valuable for creating and retaining economic ties with other countries – however, it is concerning that many courses in universities are sustained by and reliant on international students. With potential changes in immigration – the Coalition has agreed to place an “annual limit on the number of non-EU economic migrants admitted into the UK to live and work” – there’s a very real concern that these courses may struggle and eventually close. The report says that, were that to happen, “Britain’s research capacity and competitiveness would be damaged and diminished”.

The current postgraduate study situation is out of step with Britain’s ambition to be the leading knowledge-based economy of the world, and also out of step with other countries that the UK is currently competing with. Without excluding students from the immigration cap, this situation could worsen.

The report concludes that policymakers should ‘take a holistic  view of the English education system’, and calls on the government to “immediately establish a taskforce to examine the feasibility of a postgraduate student loan scheme and develop policy options, reporting by December 2013”.

A Department for Business, Innovation and Skills spokeswoman said: “We recognise that there are some concerns in the sector about postgraduate provision. We have asked the Higher Education Funding Council for England to monitor and review participation in postgraduate study as part of a longer term assessment of the impact of the funding changes.”